Earlier this week I reached 500 plays on my SoundCloud and I want to say a big thank you to those who have listened, liked and shared my sounds. 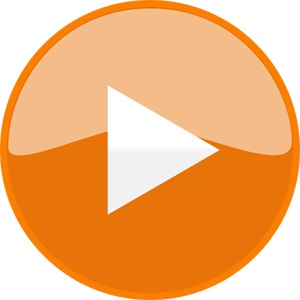 A special thank you goes to my beautiful girlfriend Emily as she has been a source of inspiration, another set of ears and has helped me countless times along the way.

The content I upload to SoundCloud used to be for my ears, but by sharing and giving other people the option to listen to them as well, I feel as though I’m giving something back to a perpetual body of work called ‘The Creative Aural Expression’. It’s here that I’ve borrowed ideas, listened to copious amounts of audio and found inspiration. Because others have shared their sounds, I’ve listened to, and experienced, lots of different music / sounds along my journey and in one way or another they have all influenced my creative output, contributing to a feedback loop kind of arrangement.

So keeping up with the idea of sharing, I’ve uploaded another two sounds to fuel the fire, one old and one new.

Jamama mixdown is the remnants of a project I did with my friend James almost ten years ago. The story goes that he wanted to record a cover (name of song withheld) and I said I could help him with the recording process but after he heard his recorded voice, he told me to delete all of the vocals. So I did. I deleted the vocals, but kept everything else. There were coughs, laughs and a sentence or two of talking left after I erased what James wanted. So instead of James walking away empty handed with his singing career in doubt, I combined all that was left (sans vocals) with a drum loop, Casio keyboard sounds for bass and melody and then mushed it all together in MODPlug Tracker. This is the result.

Below is a much newer tune I called Soft Dreams (working title?) which is a collaboration between myself and another good friend Luke Halls. Hearing him play guitar I knew I wanted to join forces and create something as his sound was like nothing I’d heard before. He creates this vast space with the use of a loop pedal along with reverb and delay. The guitar sounds more like a tone generated by a synthesizer without any attack, morphing and evolving as layer upon layer is added to the loop.

In its current form, Soft Dreams is a collection of recordings I did with Luke where he played a chord and built on it over the course of a minute or two. After I had recorded a handful of looped chords, it was time to edit them in Reaper then assign the chords to the different rotary knobs on my BCR2000. I then ‘played’ the song in real time by twisting and turning different controls to bring different chords in and out of the master mix. There is still a bit more to do with the structure and I think it needs a little bit more sparkle or movement, but all in good time.

Anyway, thanks again for listening and I hope you enjoy my new additions to The Creative Aural Expression.